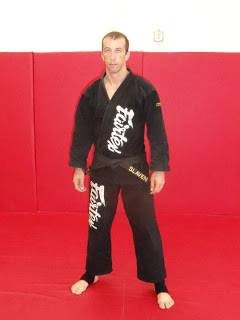 Weapon Master of the Year

Slaven Planinic (40) is one of the most famous and most important of MMA scene in Bosnia&Herzegovina, who practicly create and build this kind of martial arts scene there.

First he started like a fighter in MMA during the 90¨s when he build him self a name in MMA world and create him self like important and person for the rest of the world. In that way, beside MMA, he also compete in BJJ, teakwondo and full contact.

During his long martial arts career and his life, he proof him self like a truly good master and teacher, practicing a several martial arts skill such is like jujitsu, shotokan karate, BJJ, wing chun, wrestling, box, muay thai, grappling, and specially the last 12 years practicing filipino kali, and having a strong connection and cooperation with a great master Dan Inosanto.

Also, he is very dedicate to the BJJ and during that fact, he became a proud member and instructor of Gracie Bara Academy from USA. He continue his work in martial arts traveling all round the world learning and teaching a different skills of martial arts.

Beside these facts, he founded own martial arts academy - SLAVA MMA Team in his town of Mostar (BiH) wich members compete all around the Europe in MMA, grappling, kickboxing, etc.